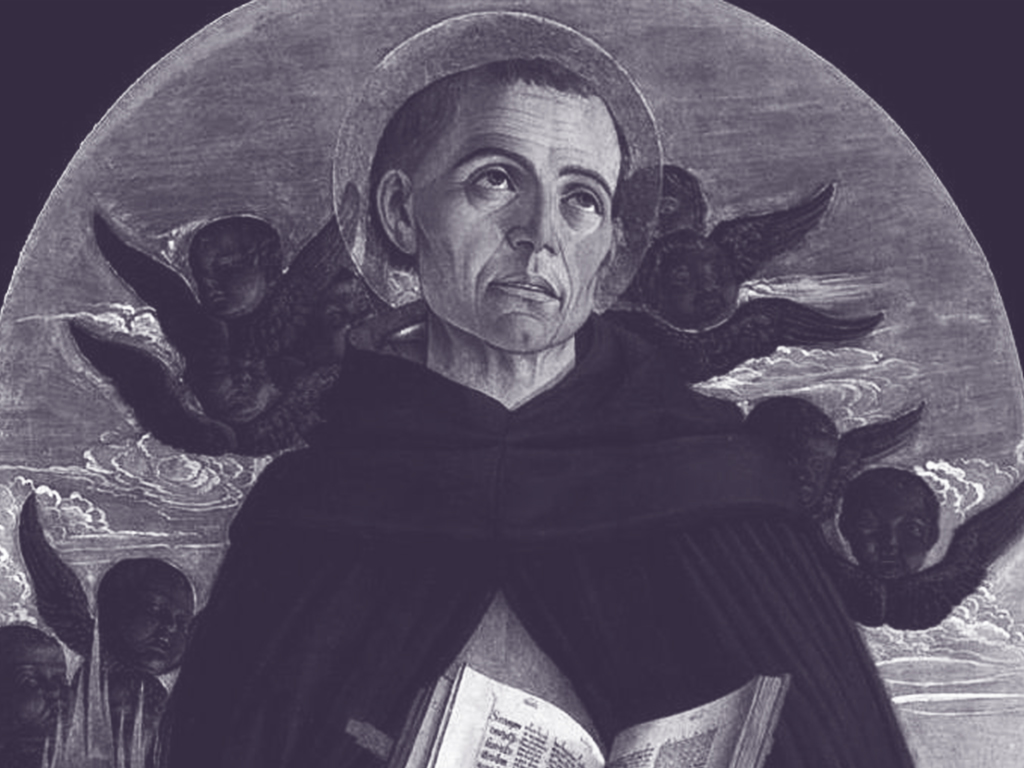 Vincent Ferrer was born in Valencia, Spain on 23 January 1350 of English and Scottish parents who instilled in him a deep devotion to the Lord Jesus and the Blessed Mother and a great love for the poor. He joined the Dominicans, receiving the habit in 1367 at age 18 against his family’s wishes. He was a brilliant preacher and speaker (and for being quite handsome). Everywhere crowds flocked to hear him, innumerable conversions and miracles occurred. He converted thousands in Spain, France, Italy, Germany, Holland, England, Scotland, and Ireland. He had the gift of tongues. He was offered an appointment as bishop, but declined it.

During an illness, the Lord Jesus appeared to him along with Saints Dominic and Francis and was told he would live to preach repentance like the two saints. After the three departed from him, Vincent was instantly restored to health.

His titles include: Doctor of theology, Priest, and Missionary. He taught theology. He was an Adviser to the King of Aragon and a Counselor to Pope Benedict XIII. He traveled throughout Spain, France, Switzerland and Italy to end the Great Schism, and was instrumental in reconciling the divisions in the Church at the time of “the three popes.”

He died Wednesday of Holy Week in 1419 at age 70 at Vannes, Brittany, France. In 1455 (or 1458) he was canonized a saint. His feast day is April 5th. In addition to being our parish’s patron saint, he is also the patron saint of brick makers, builders, construction workers, pavement workers, plumbers, and tile makers.

In art, he is often represented in his Dominican habit, holding an open book while preaching; or with a cardinal’s hat; or with wings, a pulpit, a trumpet, a crucifix; or with a flame on his head; or on his hand.

In his book, “On the Spiritual Life”, he writes:

If you truly want to help the soul of your neighbor, you should approach God first with all your heart. Ask Him simply to fill you with charity, the greatest of all virtues; with it you can accomplish what you desire.

DISPENSATION FROM THE SUNDAY OBLIGATION EXTENDED

In light of continued uncertainty regarding the extent and duration of the coronavirus in the state of Connecticut and throughout the Archdiocese of Hartford, Archbishop Blair has now extended this dispensation from the Sunday obligation through Saturday, November 28, 2020, which is the last day of the current liturgical year.